I've been printing for a while with a Creality CR-10S with Colorfabb black PETG economy and all was good. Until today, where on a large, flat print (30x10cm - a small drawer) I can't manage to get a smooth first (or second) layer no matter how hard I try. I tried so far:

The print starts fine but then, randomly, some bands that look like under extrusion appear: 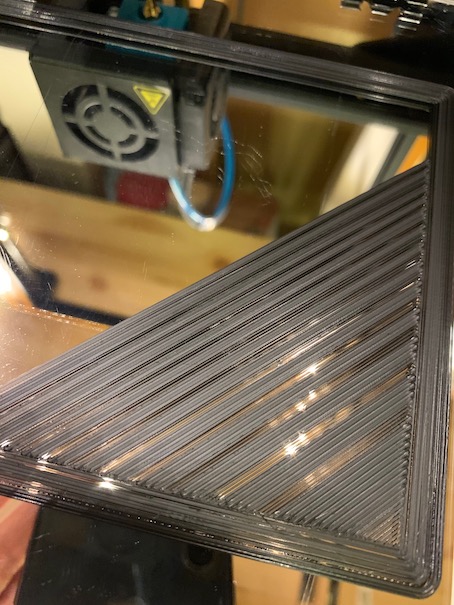 Here's a second example of the first layer - I've ripped it off the plate but as you can see the first 50% of it was fine. The problem appeared later in the process. 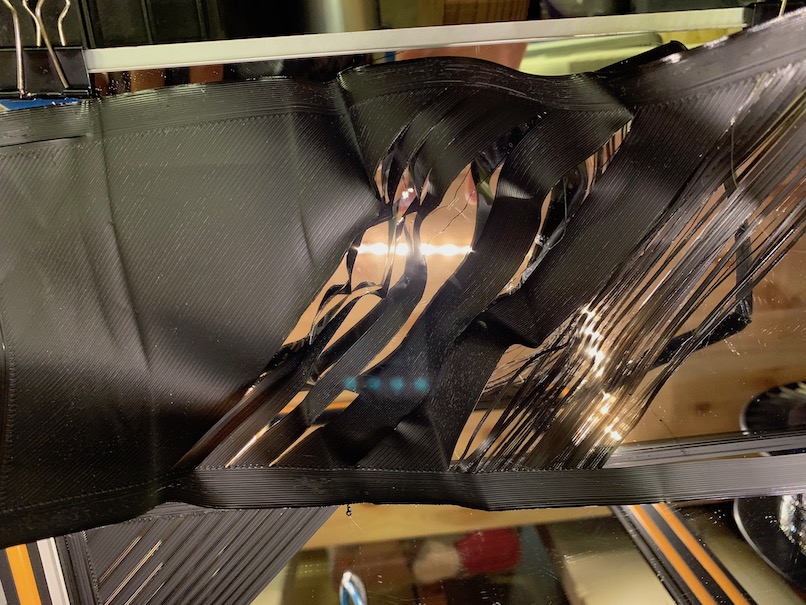 The extruder "clicks", the filament stalls and it's clear that the nozzle is not extruding plastic fast enough. What can it be?

All other prints are fine, but I have to say this is the only one that has such a large horizontal surface.

print-quality extrusion creality-cr-10
Share
Improve this question
asked May 11 '19 at 18:10

i'd say your extruder driver and/or motor is overheated - really

what can you do?

if the diagnosis is fine - you are at home and now you know what to do ;) 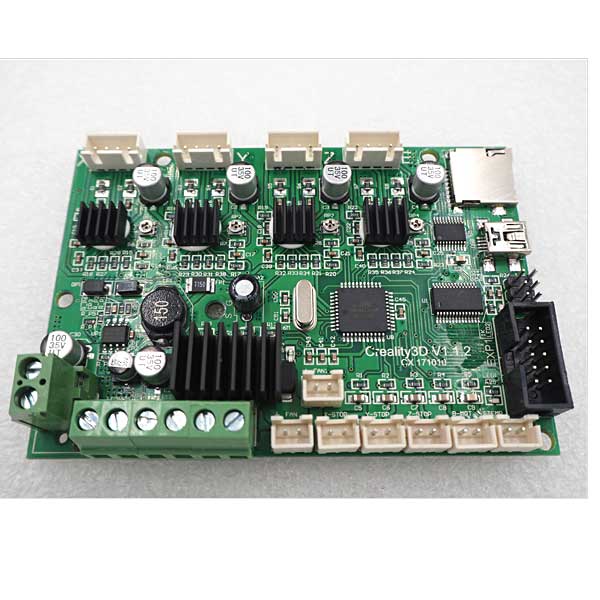 Not the answer you're looking for? Browse other questions tagged print-quality extrusion creality-cr-10 or ask your own question.

8
First (bottom) layer has gaps
4
E3D V6 underextruding always?
3
How do you solve PLA corner-curling short of printing really, REALLY slow?
2
Problems with under extrusion and clogs on CR-10
5
Great prints then suddenly terrible quality
1
Filament spreading apart and stringy on first layer
2
Ender 3 V2 Layer Shifting, No Apparent Reason, Desperate
3
Why is my outer wall layer printing with gaps and flaking off on this specific shape?
3
Need help printing a quality first layer, but having adhesion and fill issues