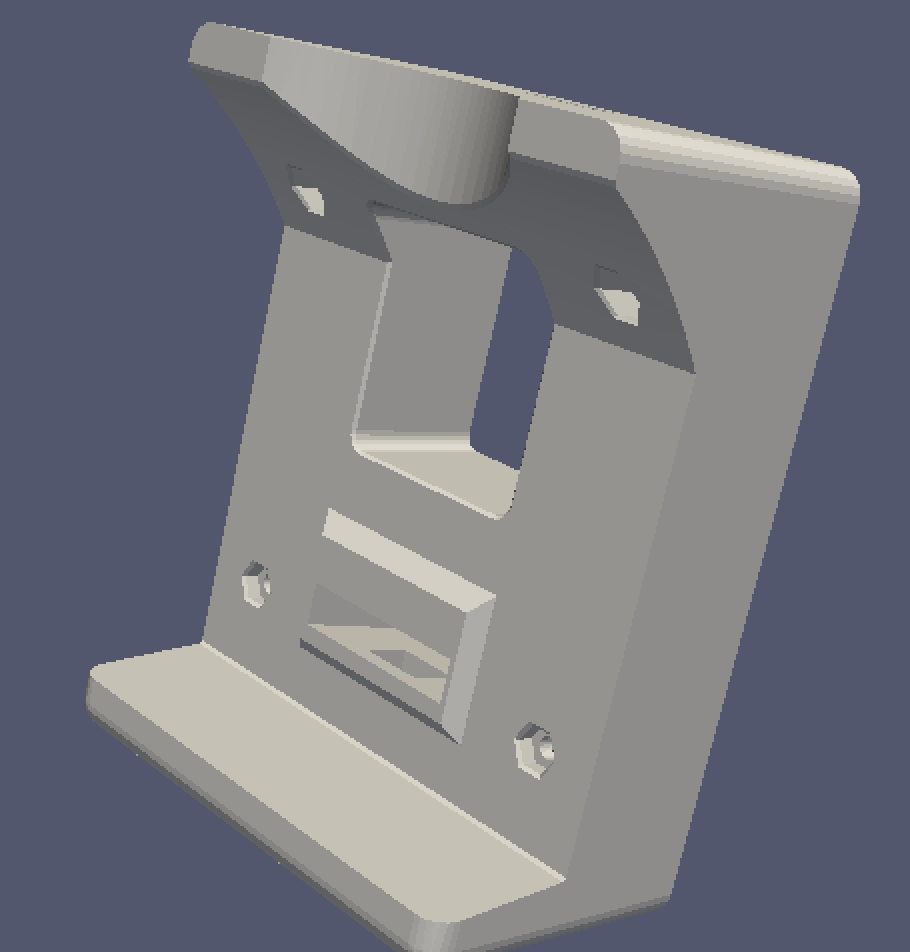 and widen the hole on the bottom of the part. I was playing around with meshmixer and it seems that it can do this by sculpting rather than precise measures. I would appreciate comments if my observation is correct and if so, what other STL editor would you suggest to do these edits. Thanks!

It's possible to close over a hole using Meshmixer. I've done exactly that recently, although the "hole" was a depression, the process would be the same. As you've discovered, Meshmixer can be considered somewhat imprecise.

Fusion 360 will import the model you wish to modify. You would then turn off edit history, convert the model to BREP, then perform the edits you require.

Once you are satisfied with the results, it's an easy matter to export the model as an STL file.

I've summarized the steps, which are almost as easy as my description. You'd have to combine Google-Fu with the summary for the detailed portions, but it's something I've done in the past.

Fusion 360 is free for hobbyists, renewable each year. There are many YouTube tutorials and text-referenced solutions for the steps required to accomplish your edit.

Some will consider Blender to be an alternative method and I agree that it's a viable option, but it's not quite as intuitive as Fusion 360 and was more challenging for me to embrace.

Not the answer you're looking for? Browse other questions tagged stl meshmixer .