I have created a design with fusion 360. I tried to print it with my M3D Pro printer but it seems the designs have a flaw.

If I try to print the bottom part, the second layer is wrong. It seems to have moved to the left by a few centimeters.

Here is the link to the .stl files and pictures of how the first few layers turned out. 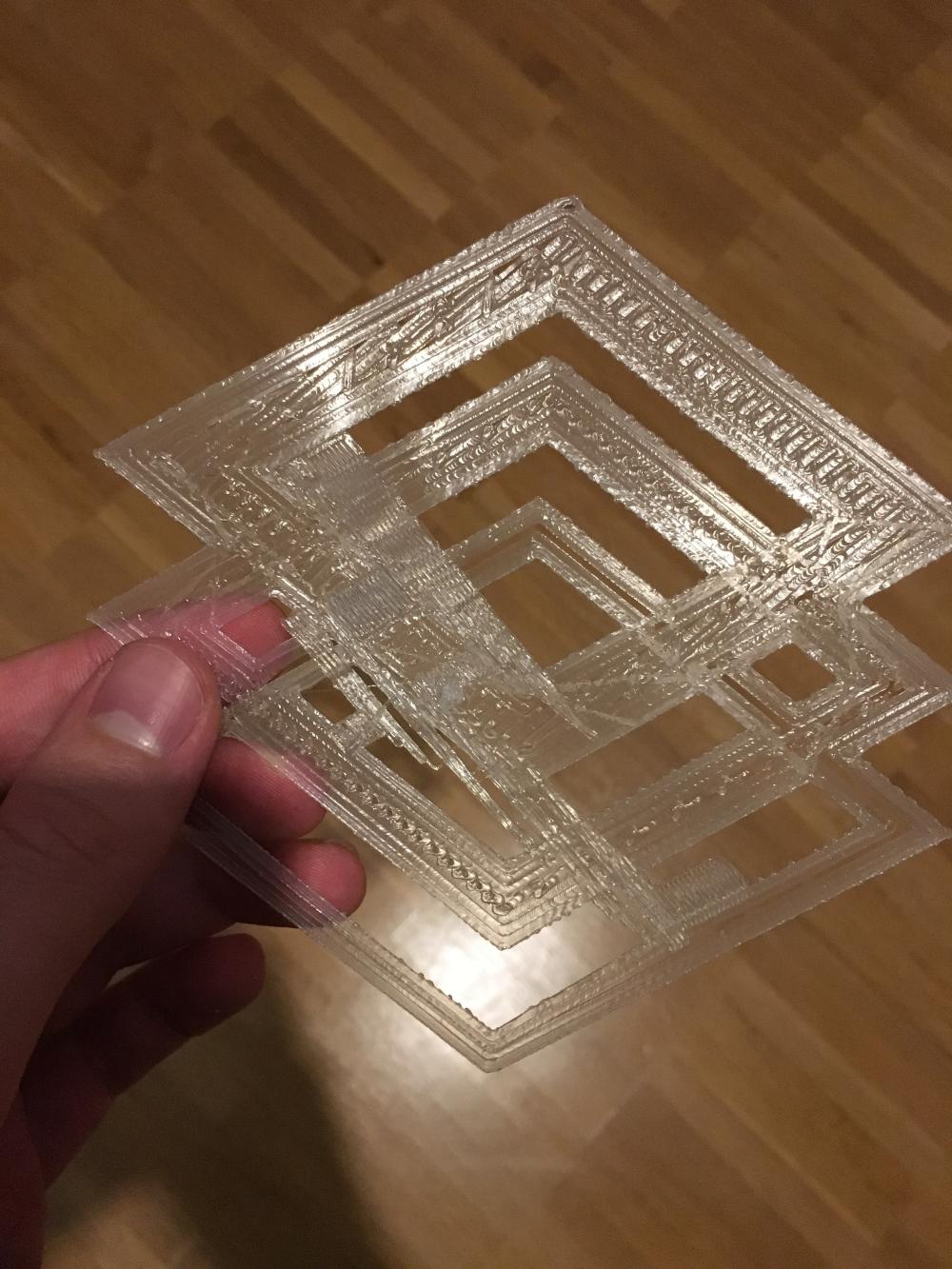 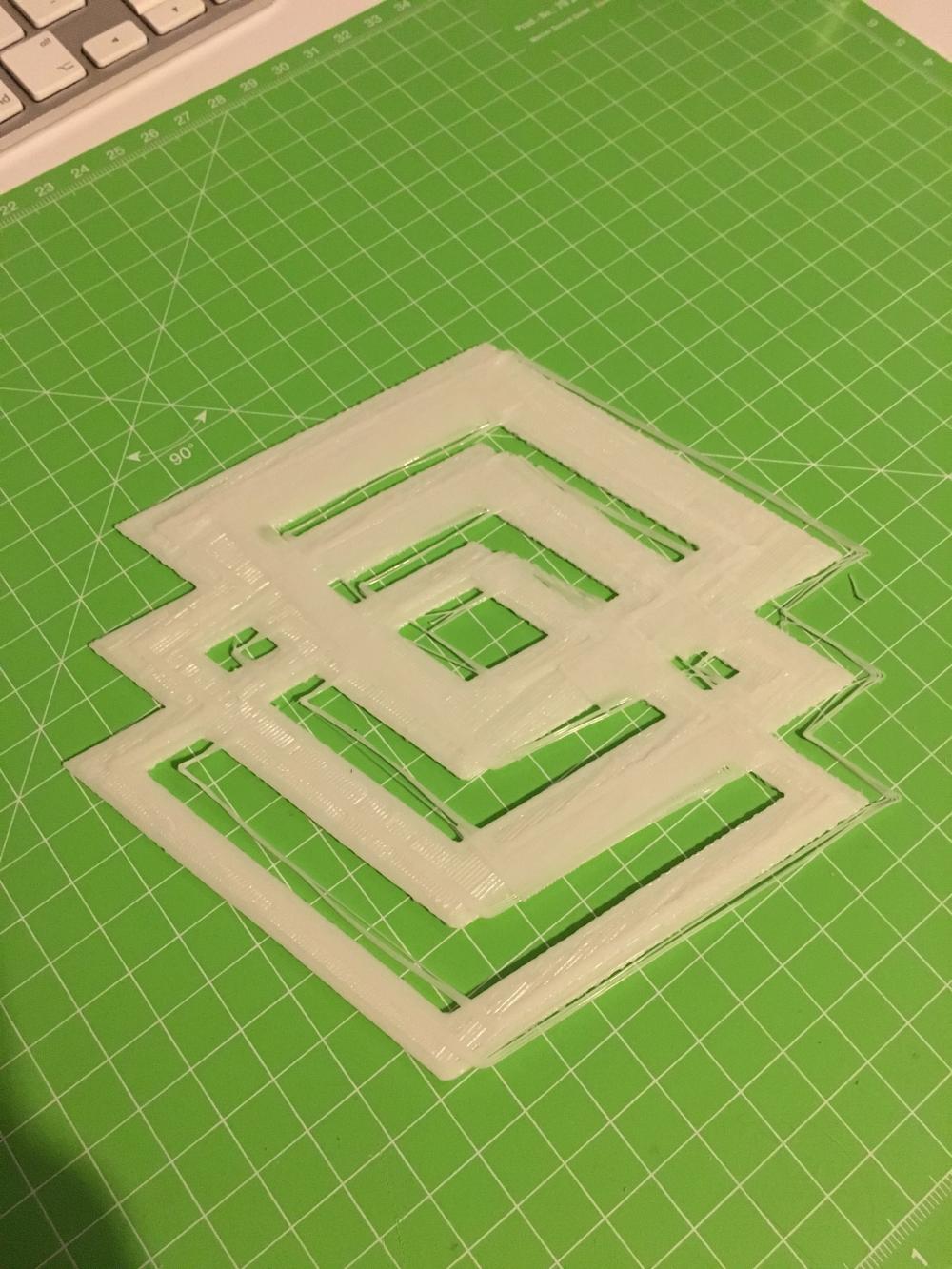 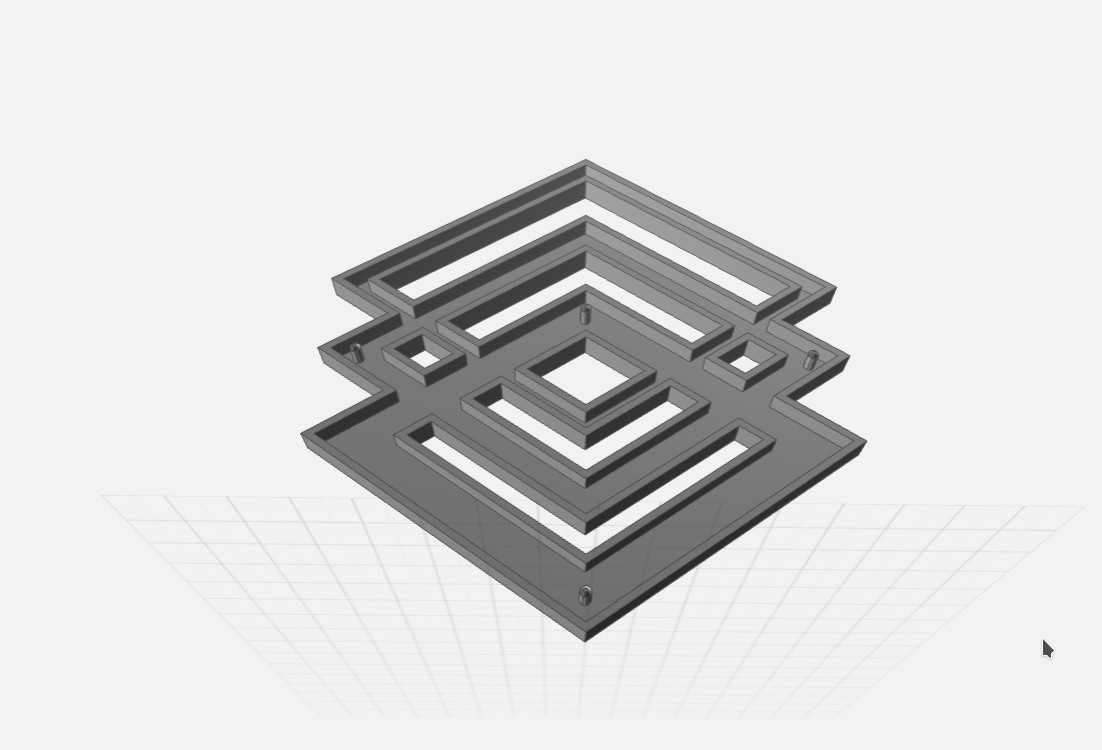 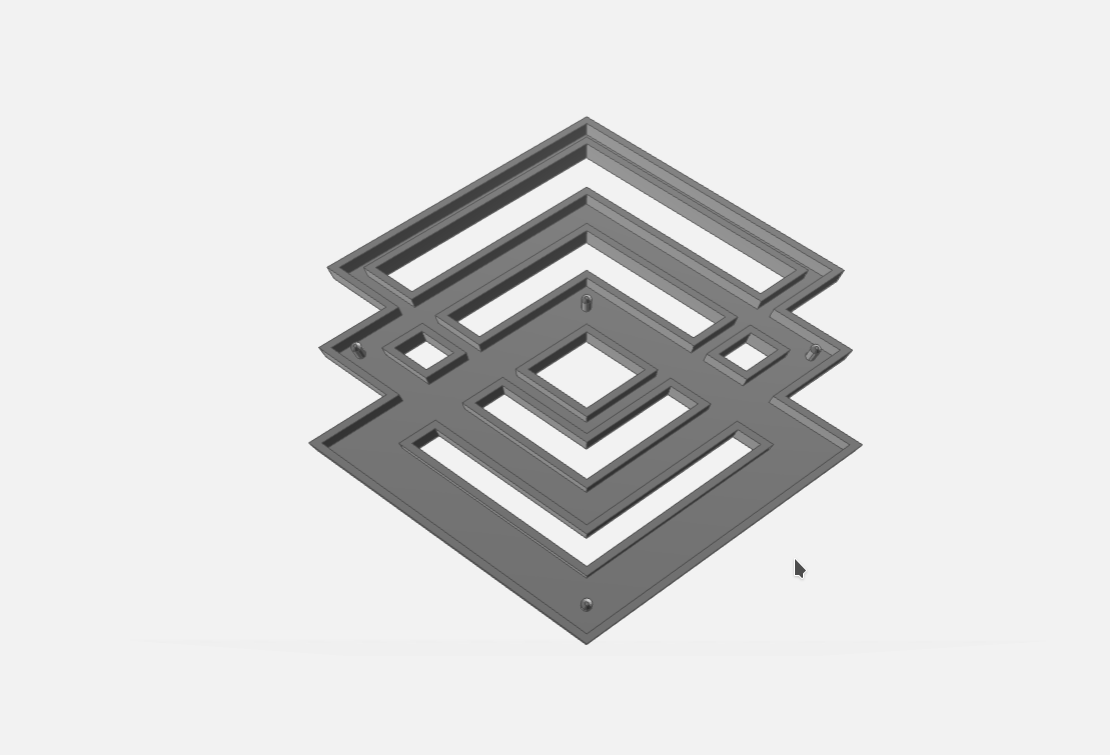 The bottom.stl file can be loaded and viewed in the m3d software but leads to faulty print after the first layer. The top.stl cannot even be viewed in the M3D software.

Other 3D files from thingiverse etc. can be printed without a problem. Do I need to enable any special features to be able to print those files correctly?

FMK, I loaded the two STL files, top.stl and bottom.stl into Meshmixer. Using Analysis, Inspector, no errors were found in the models. I then loaded the STL files into my slicer, Simplify3D. Due to common Y/Z exchange, the models were loaded in a vertical orientation. It was simple enough to use "Place surface on bed" to get things "squared up."

My first suggestion would be to ensure that you have your model flat to the bed. I've run into too many Thingiverse models that the creator made with a non-zero planar reference, that is, the model was tilted a few degrees.

You say that you created the model in Fusion 360, which would imply that your model is square to the plane.

As it stands, I'd consider no fault in the model files.

Apparently my x belt and/or my x motor is broken. Getting replacement parts fixing the problem!

Not the answer you're looking for? Browse other questions tagged 3d-models 3d-design software slicing or ask your own question.

4
Slicer/Printer Origin
1
Can I design or remix a model in SketchUp Make and legally share it via Thingiverse, MyMiniFactory or similar?
1
Thoughts on designing and printing 3D miniature house
8
How to carve a hollow cylinder along the curved surface in Fusion 360
3
Make a nose cone in Fusion 360
2
How to draw kossel delta corner in fusion 360?
7
Extruding a (wall?) in Fusion 360?
1
How can I become a certified Fusion 360 user?
1
Vertical vs Horizontal shapes printing