How can I get a 3D model from a bunch of 2D photos?

I am a physics graduate student and I want to create some 3D models for my crystal samples. We have an X-ray diffractometer in our lab. It comes with a goniometer inside it, so basically I can take as many photos as needed from any angles. (I have included a gif animation made of 10 photos taken by the machine as an example below)

My problem is, given these 2D photos, am I able to construct 3D models for my crystals in AutoCAD or similar software so that I can determine angles, edge lengths and volume more precisely.

I am new to 3D printing section. I just thought maybe someone here has encountered with a similar problem. It would be very helpful if anyone could tell me any Github codes, MATLAB scripts, Mathematica scripts or software that can finish this kind of job. I can try to figure it out myself.

YES, it is possible to make a model from several shots, if you know the angle of rotation between the pictures.

most CAD programs allow to insert a picture, for example as backdrop or to trace it. We are interested in the later use:

We insert the picture, trace it in the picture's layer, then insert the next picture, rotated around the axis of rotation of the picture, and trace that. This we repeat again and again. The resulting cloud of outlines approximates the photographed body to a good degree.

There is a big caveat though: all photos must be in the same scale and distance, the rotation of the object has to be around one axis of the item itself (no wobble) and the rotation between the pictures has to be known quite exact. This principle is pretty much used by raster scanning by the way.

With a very hard contrast between the crystal and the backdrop, software might be able to automate the tracing process (for example use a white background and a black crystal and make sure no reflection hits the camera). 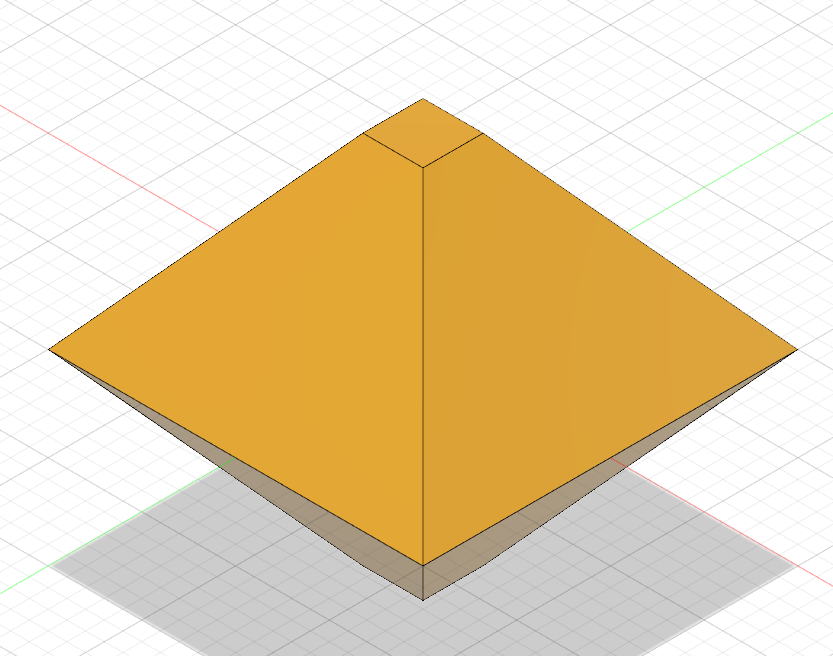 To model this, we need at least a photo of the XZ and YZ shape (that is, 90° rotation to each other), which look like this: 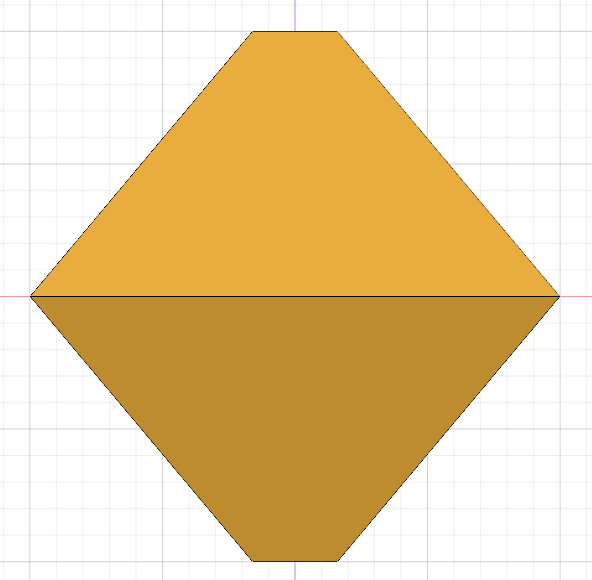 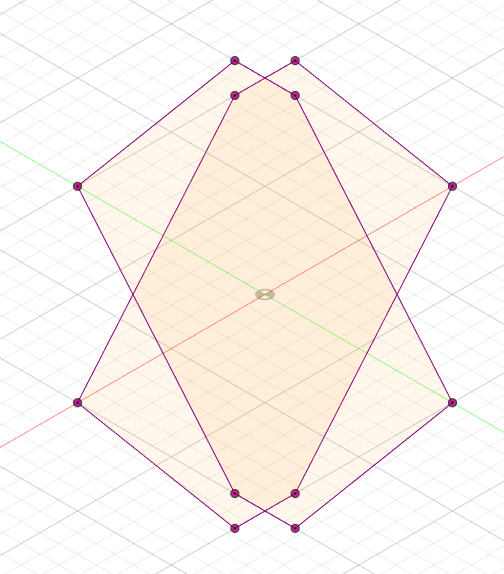 But that shape would also match a double-cone! So we'll need some intermediary photos, in this case, the 45° shot that lies on the plane of (XY-diagonal)Z Plane 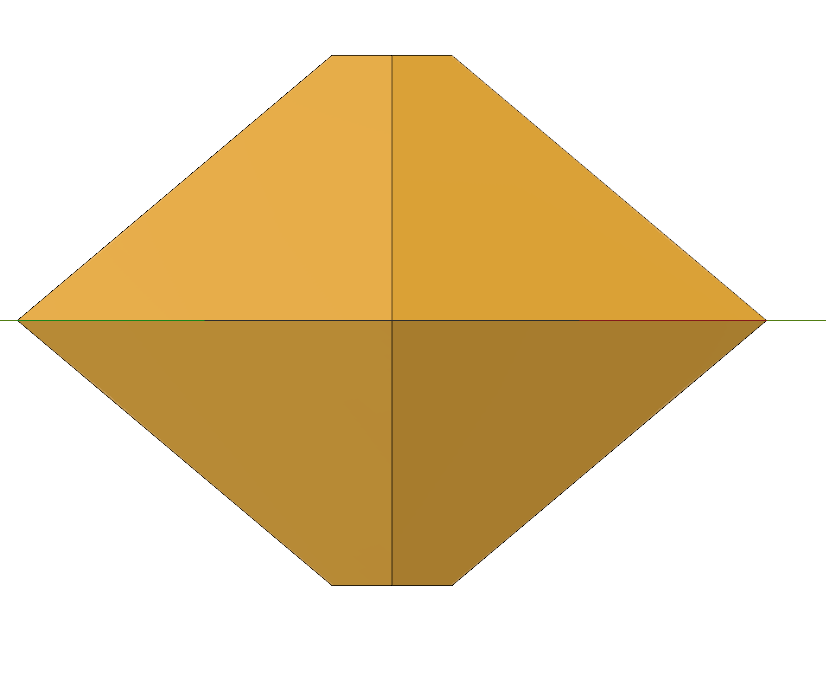 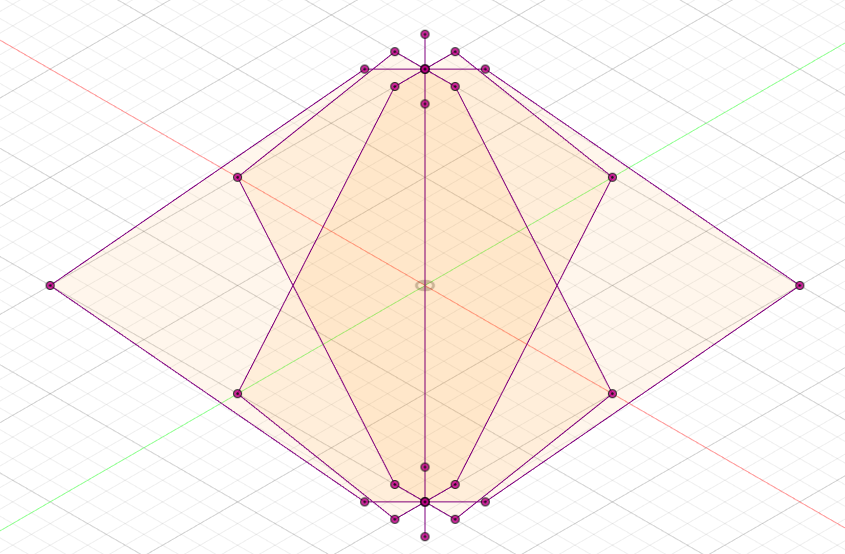 As you see, the more outlines you have, the more detailed the pseudo-body becomes - it is just a gathering of vertices and lines yet though! But, we can take 3 points and create a construction area on these, then draw the face to merge all points on these faces... 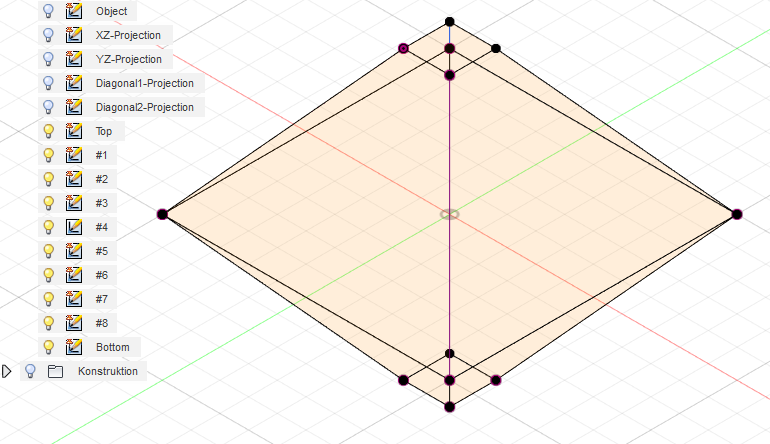 Now, we turn these construction faces into modeling faces, then create a too large object and cut out the whole thing out... 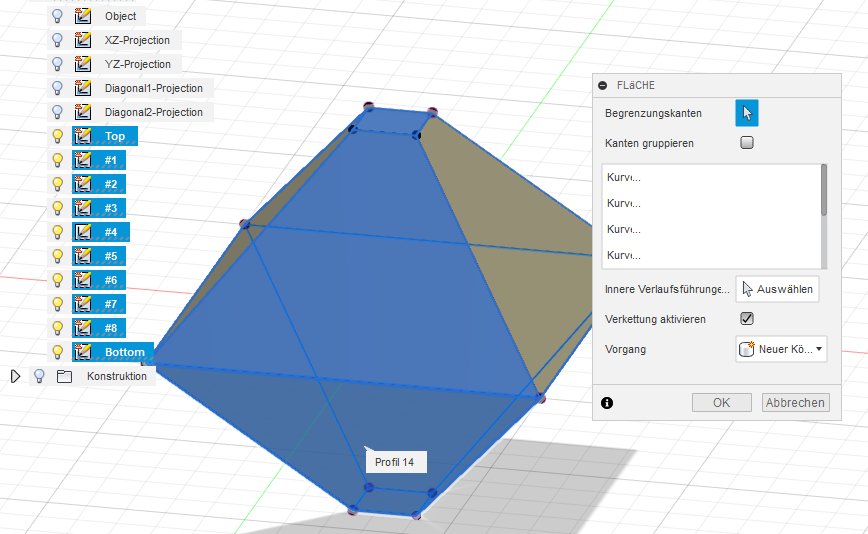 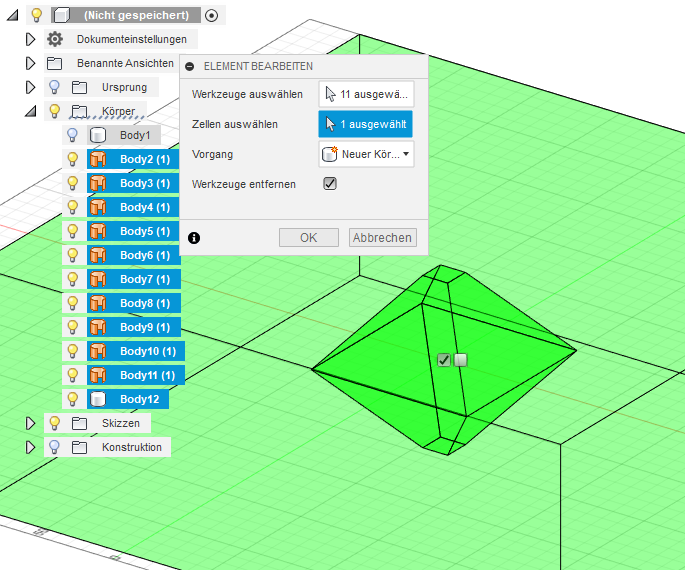 Inspired by the answer given by @Trish and the following YouTube video, I finally worked out the way to reconstruct the 3D crystal model in AutoCAD.

You may want to do a search for "photogrammetry". This is software that uses many photos to build a 3D model. Dr. Falkingham did a good review of free software on his blog:

His conclusion that works very well for me uses COLMAP to take the photos and build a point cloud, then OpenMVS to build and texture a mesh from the point cloud.

I have not used many commercial packages, but Pix4D has worked very well for me.

I hope that gets you started.

Not the answer you're looking for? Browse other questions tagged 3d-models graphics .

4
How to enlarge a Sketchup Model
6
How does a layman get a 3D printed replacement part?
1
How can I make this model?
2
how to get infill on self created stl via onshapes
2
How can I rotate a 3D model to be parallel with the build plate?
2
How to extract 3D information from a 3D model for calibration?
3
Convert ball-stick model to STL from the command line
1
How to edit STL model files