Is used on a Creality CR 10 S5 with upgrades:

It is not level and the 3D print isn't right.

After months of messing with the screws I decided to get a BLTouch because everyone seems to do that. I got it almost right but clearly in parts the nozzle is too close and generates small lumps or too high and gets stringy. The instructions have a broken download link.

Attaching it wasn't a problem, but nightmares with the firmware.

All the cables attached correctly, including disconnecting the Z axis limit switch and attachment of the BLTouch. Calibrated the BLTouch height screw.

Fire it up, and try to level it.

Next up, reconnected the Z axis limit switch and not connect that part of the BLTouch.

At least I get numbers indicating some kind of level starting at the far right 4.96 with a high of 5.15 on the left front corner. However, the limit switch triggers at -3.99 so actually the numbers should probably be lower.

Download a different firmware, Similar to the 2nd last attempt, accept it forgot how to print correctly and only uses 250-500 on both the X and Y axis. Also I don't think its printing what I wanted, It isn't the correct shape at all.

I tried 2 different BLTouch sensors. Both had same results.

Any ideas about getting a good firmware?

Any ideas how to get BLTouch working correctly so I can level it that way?

Until it triggers the Z axis at bed level it probably won't work correctly.

I figured out later that the black and white wires needed to be reversed. So the bed leveling system is working, apart from the fact it isn't yet level.

How do I fix this. I spent hours tweaking the screws and still don't have great results. 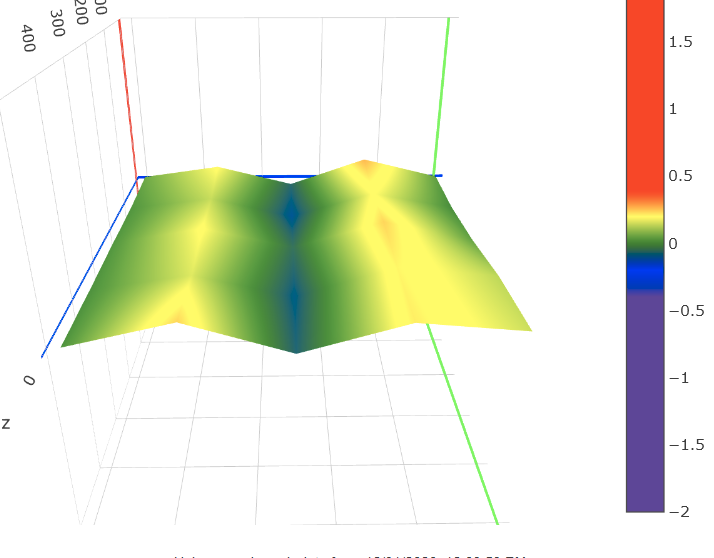 To address the firmware problems, Download a fresh edition of Marlin 2.0.x and configure the Configuration.h and Configuration_adv.h yourself. Others' configurations are expecting fully stock parts, and will not be compatible with your system.

Your main problem seems to be in your Probe Z-Offset. To get good level, you need to calculate how far above the bed the nozzle is when the probe triggers. The BLTouch height screw is NOT for Z offset adjustment, and the Z-offset needs to be set with M851 in Marlin. See https://marlinfw.org/docs/gcode/M851.html for more detail on how to do this.

Additionally, the Z-MIN switch should not be connected when using the BLTouch, as it IS the new Z-MIN sensor.

Not the answer you're looking for? Browse other questions tagged troubleshooting bed-leveling creality-cr-10 bltouch .