I think it's best that I explain what my issue is before I explain how I arrived here. I have a Tronxy x5s with a stock board that I am repairing for the sake of repairing, even though I know I should probably just spring for a new board. It's the principle of the thing.

The printer was working great for months, but one day the extruder thermistor shorted so badly that the Analog to Digital pin on the Arduino powering the Melzi board was permanently damaged. The temperature reading consistently stayed at 260 °C, even when unplugged.

I wanted to come up with a repair solution rather than replacing the board (even though I have plans to do that anyway), so I downloaded the datasheet for the Arduino Mega 1248P and looked for other ADC pins I could use. I found that ADC Pin0 was unused on the board, so I thought I'd isolate old pin (ADC Pin 7), solder the trace to the new pin, and change the firmware to reflect the new pin. 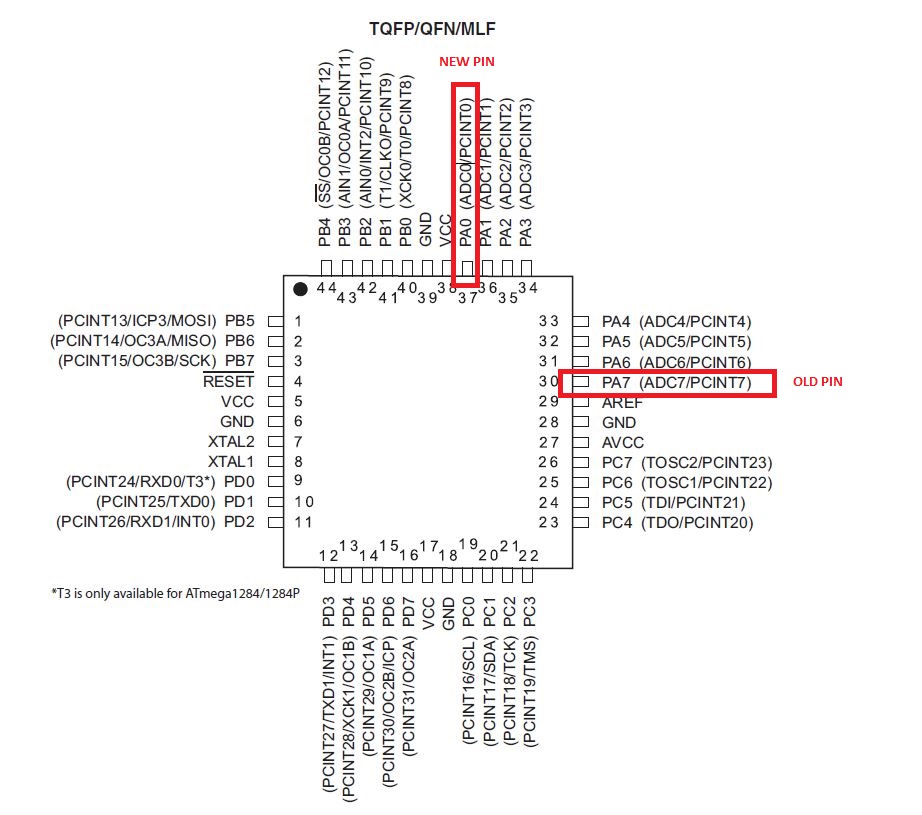 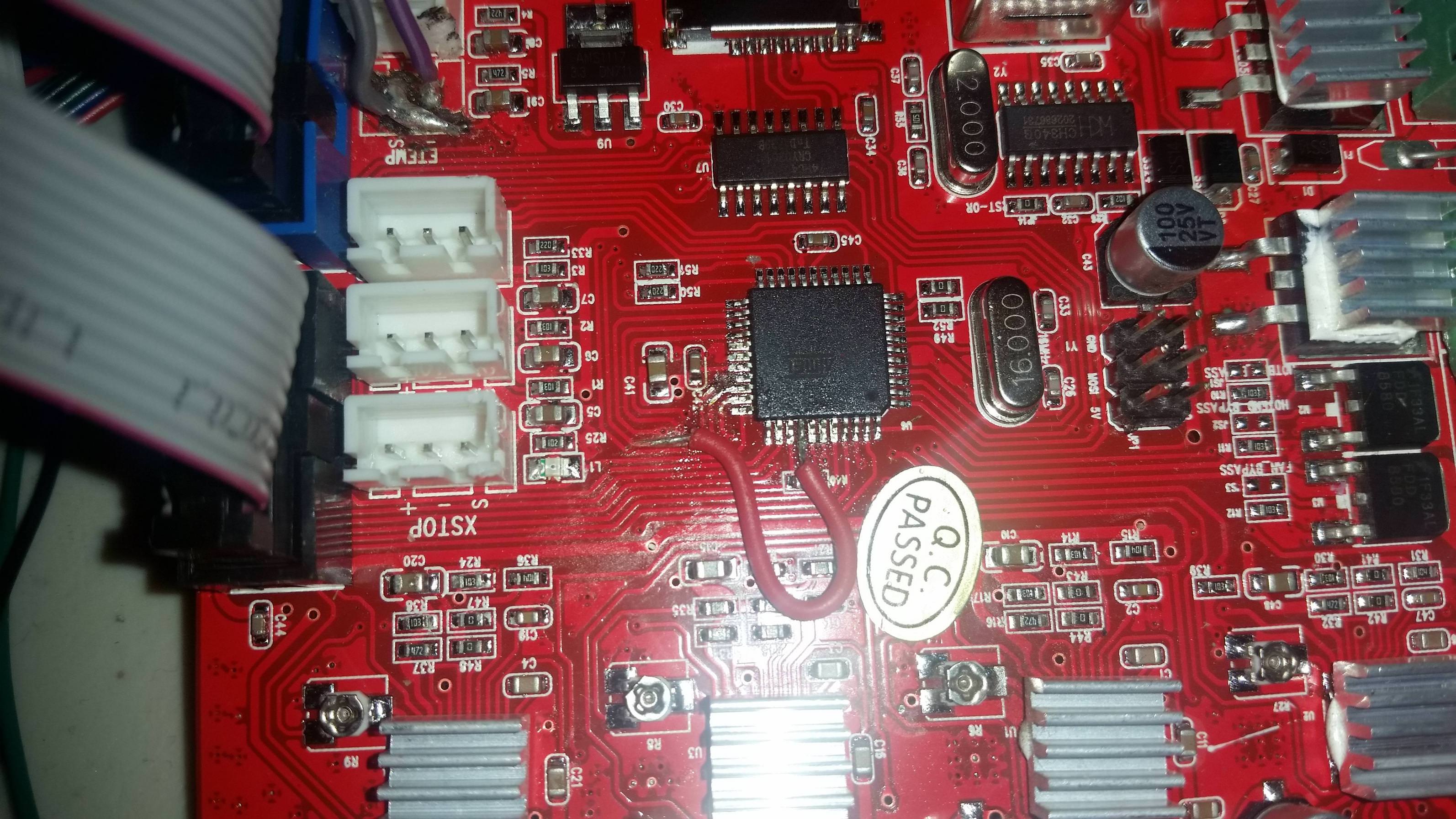 Then I changed the pin used for that extruder thermistor reading in the Pins_SANGUINOLOLU_11.h config file (the old Melzi board for the Tronxy X5s is a Sanguino):

Anyway, my hardware was good, and my software was supposedly good, so I flashed the new firmware, plugged it in, and turned it on: 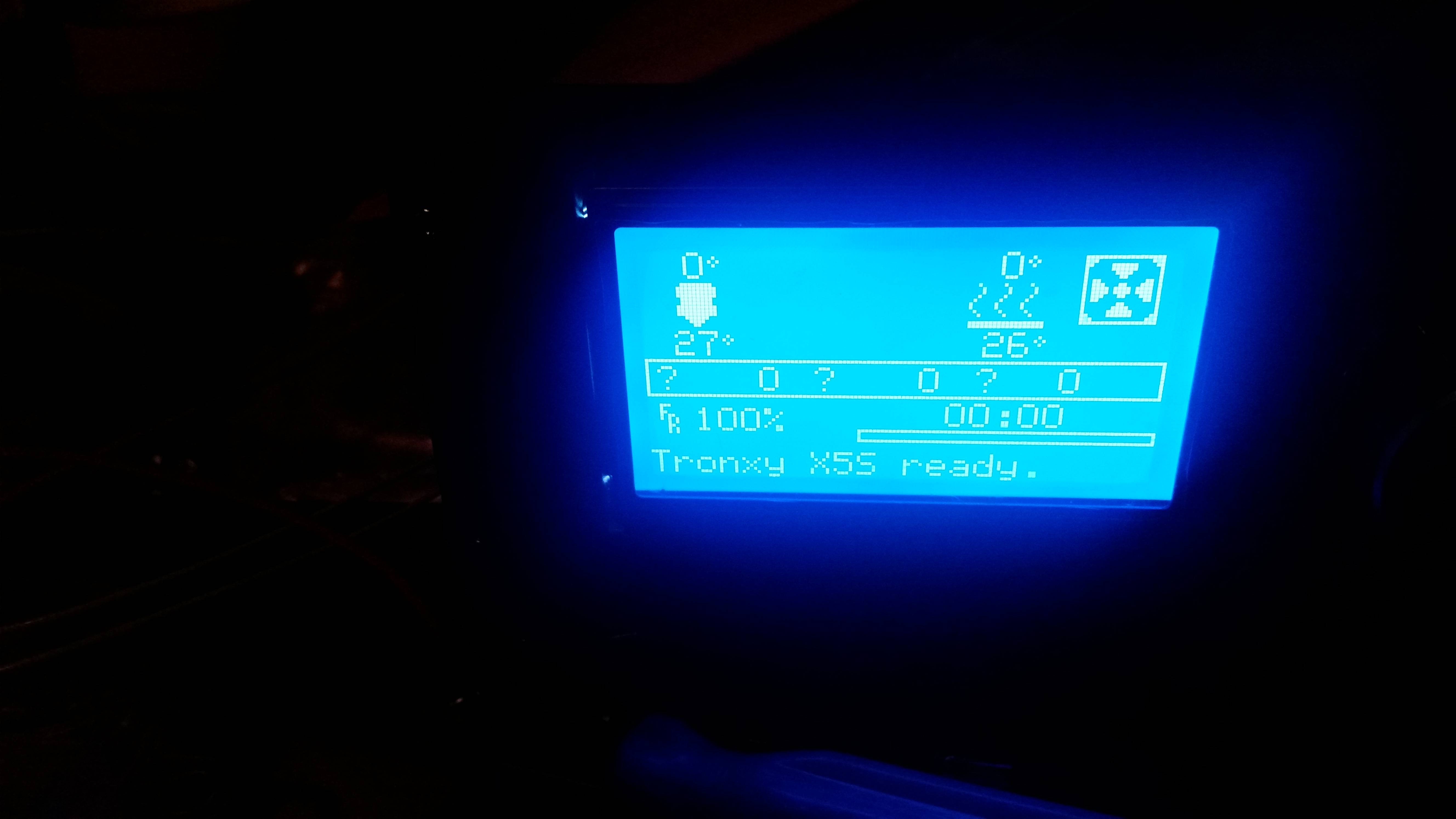 Yay! But after a few seconds... 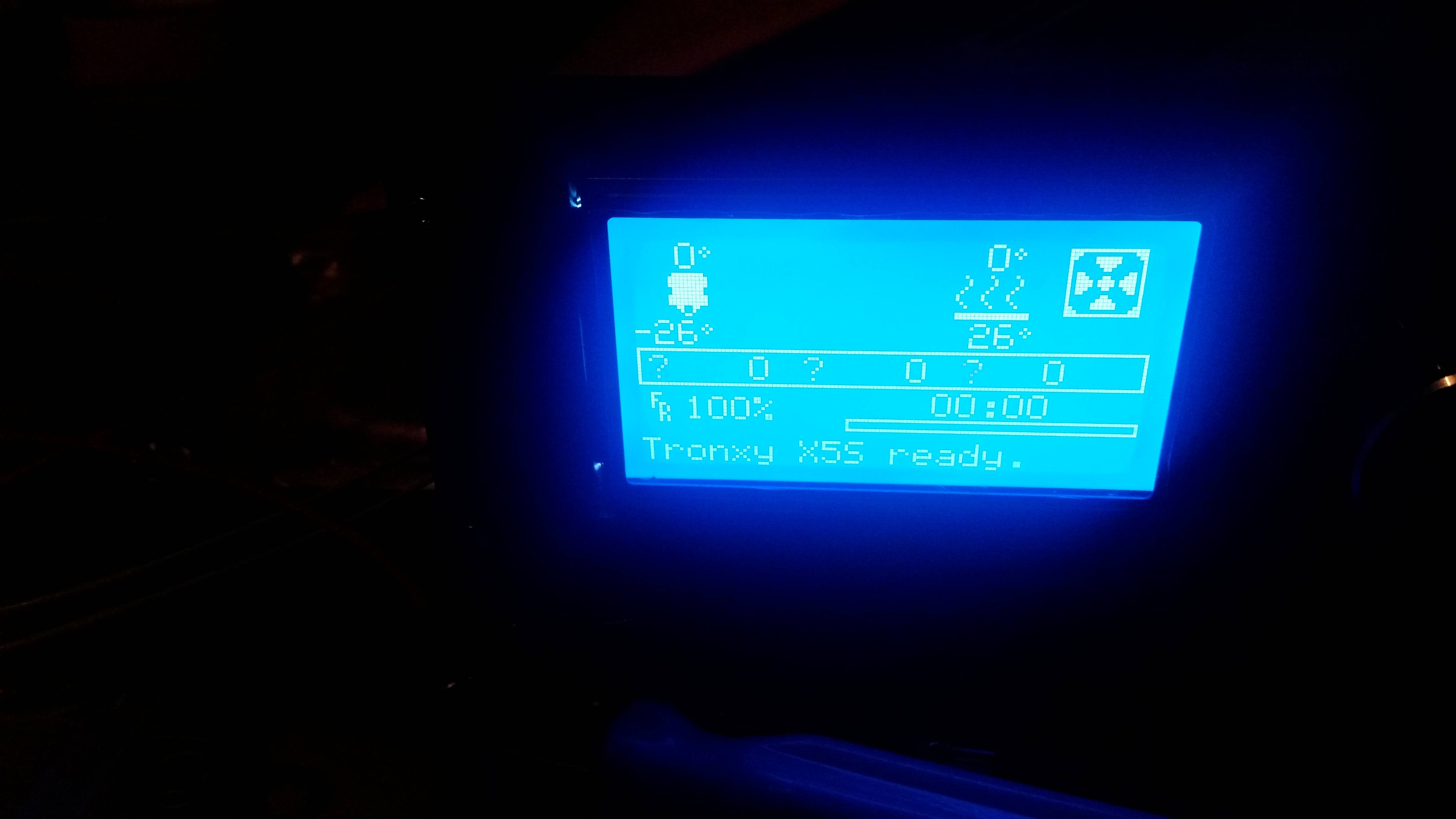 I am sure my connections are solid: I've tested for connectivity and voltage. Both the new port and the heat bed thermistor port get 4.97 volts, so it's not a voltage drop. It's something in the Arduino.

Thermal expansion is opening a connection somewhere. It might not be one of your solderings, but if you shorted the board bad enough to fry pins, it could have cooked something somewhere else, and putting current through it is heating up the spot enough to break the connection. Either somewhere else in/on the board, or inside of the IC chip itself.

I am having the same issue so in the firmware instead of changing to an empty pin, I swapped pins 6 and 7 so the nozzle temp would read from the bed temp plug on the board. Now the nozzle temp is reading properly i went into configurations.h line 291 and changed the 1 to 999 and on line 295 i changed the value to 60 now the bed temp will always be 60 so as long as my print settings match it will never engage the heat bed and allow the machine to print. Now I will use an ESP8266 nodeMCU to read the temp and control the MOSFET for the heat bed.

Not the answer you're looking for? Browse other questions tagged marlin arduino-mega-2650 thermistor tronxy-x5 or ask your own question.