Calibration improvement of the Prusa i3

I recently got myself a Prusa i3, that I needed to assemble and adjust myself. As expected, the first prints was of quite poor quality. After better adjustment, I improved a bit the print, but I am not quite there yet. I was hoping to get some advice on how to improve the print based on few pictures of the 3DBenchy boat I printed.

The most annoying point, on the following image, is the dent that I have in the hull, on the front of the boat. And one layer appears to be missing or close. And I have another one just like it in the top cabin. I also think that my specific settings on the first layers shouldn't be there, because they don't improve anything, but that is another topic. 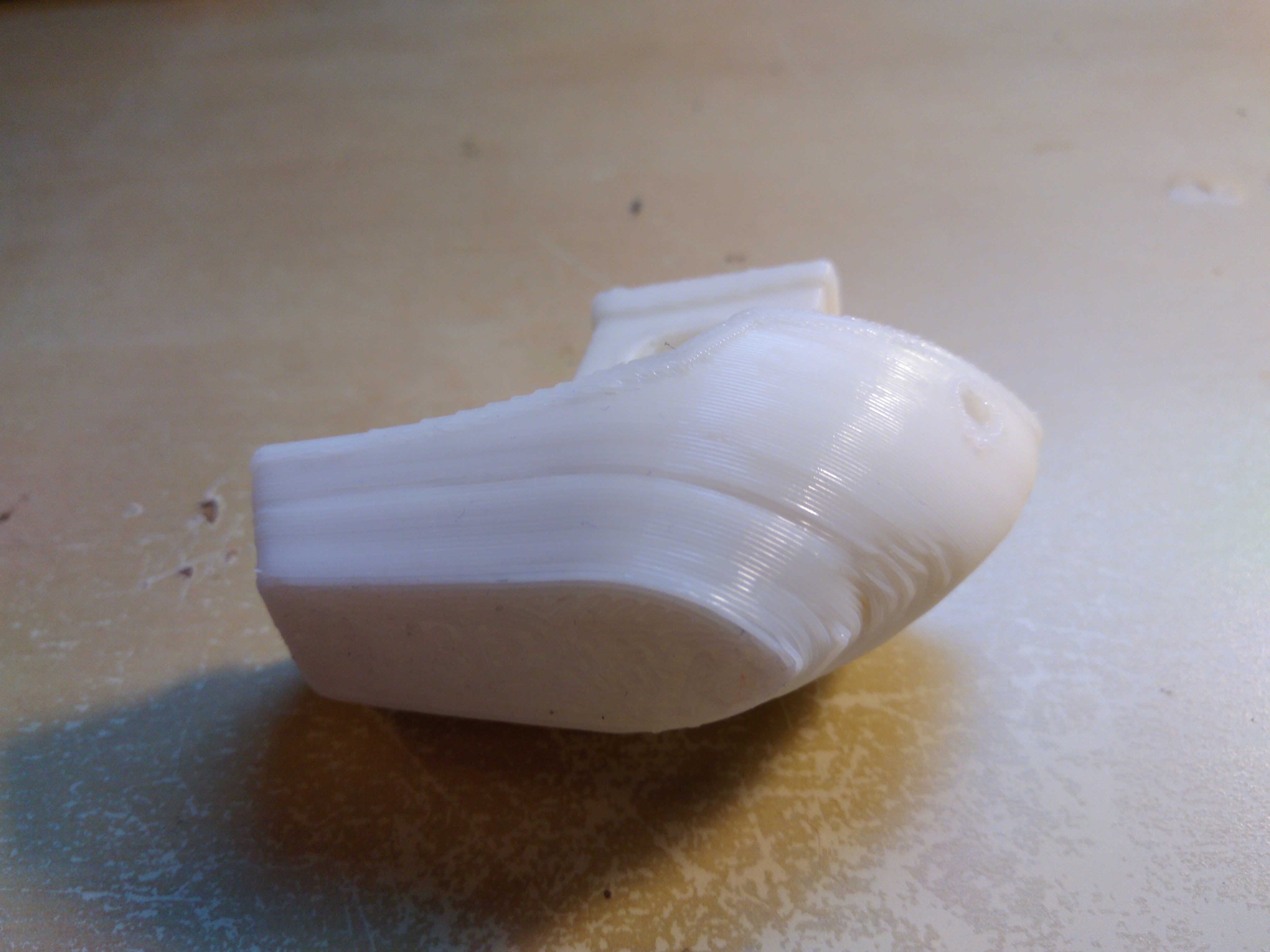 Also, when I look on the top, I have a lot of filament strings getting here and there, the path of the tip of the printer is quite visible on the roof and floor, the steering wheel is not to clear, etc. 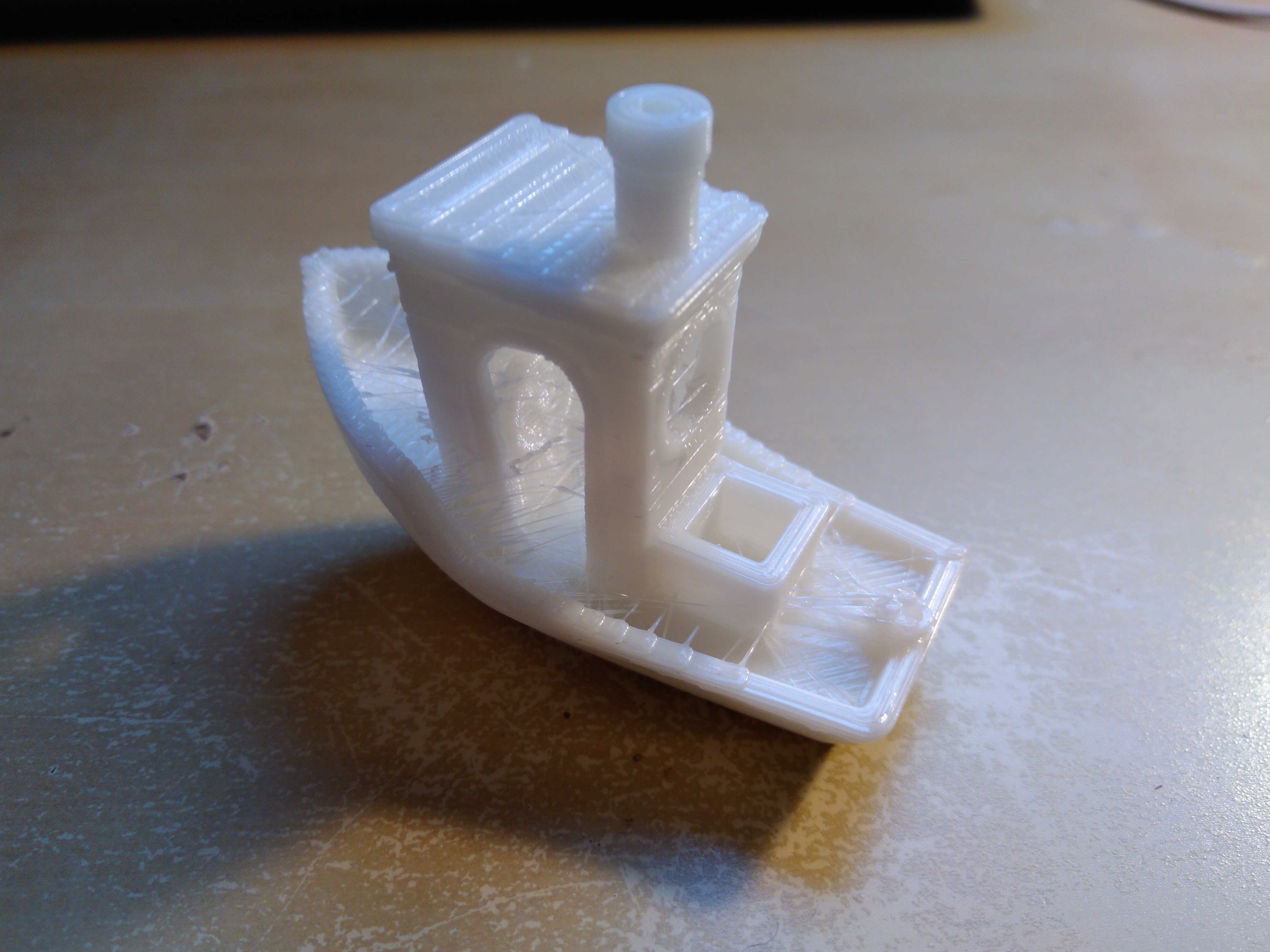 Also, at the end of the boat, I am supposed to have some letters, but I cannot read them because of the poor definition of the print...

How can I improve the quality of the print? What settings should be looked at?

I otherwise think that it is a genuine prusa, but clearly not from the first iteration. I don't have an arduino on it, but the makerbase chip. (That comes from a kit I bought online.) I would wait to be a bit more confident before attempting any modifications.

The speed for perimeters is 60 mm/s, 30 mm/s for external perimeters. Infill 80 mm/s. Bridges 60 mm/s. Support material 60 mm/s. Non print move: 130 mm/s. There are a couple of other print speed, but I don't think they are that relevant for the case.

After modifications of temperature and cooling, following the answers, I got the following print: (Nozzle 200 °C, fan at 50 %) 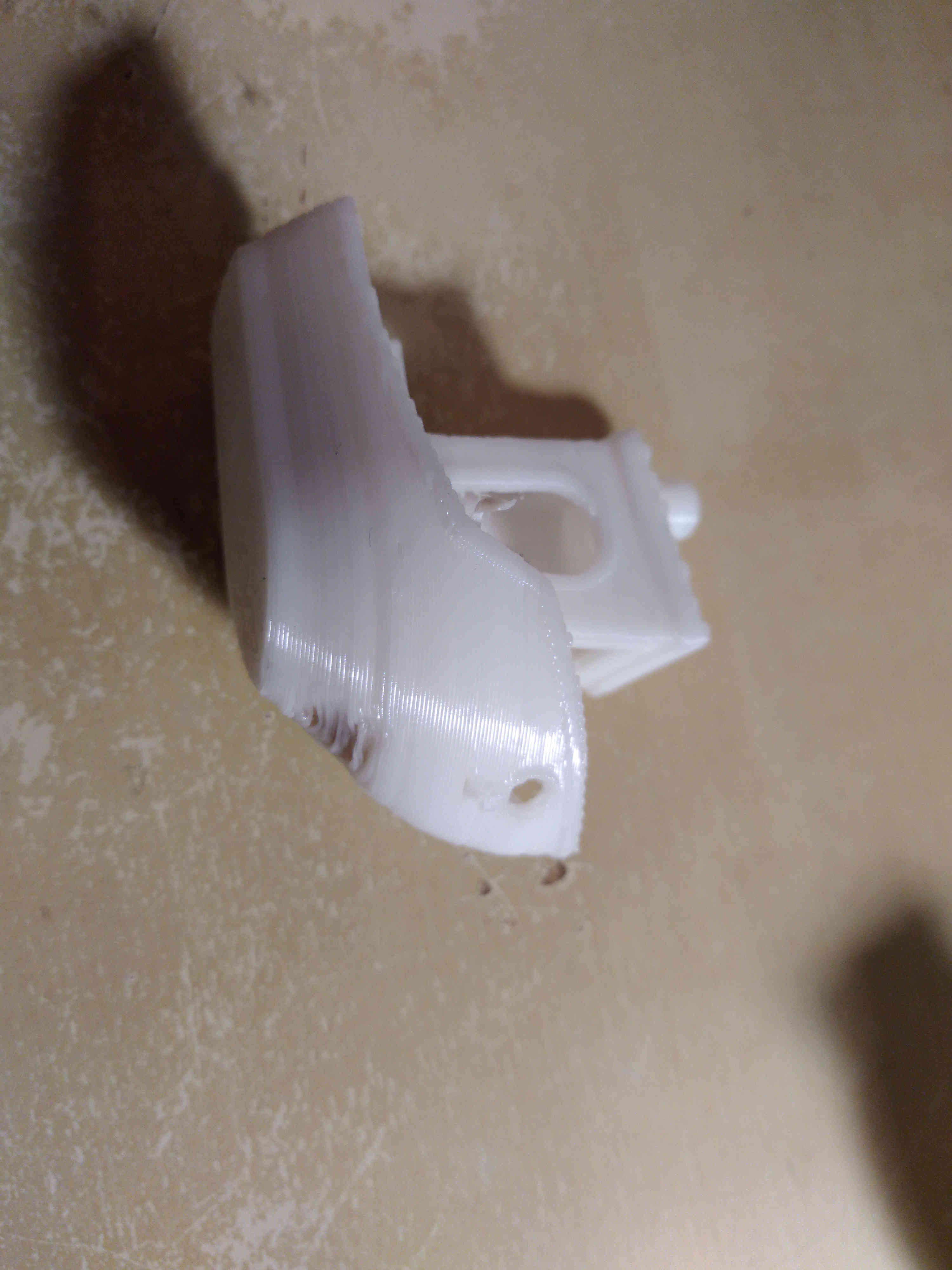 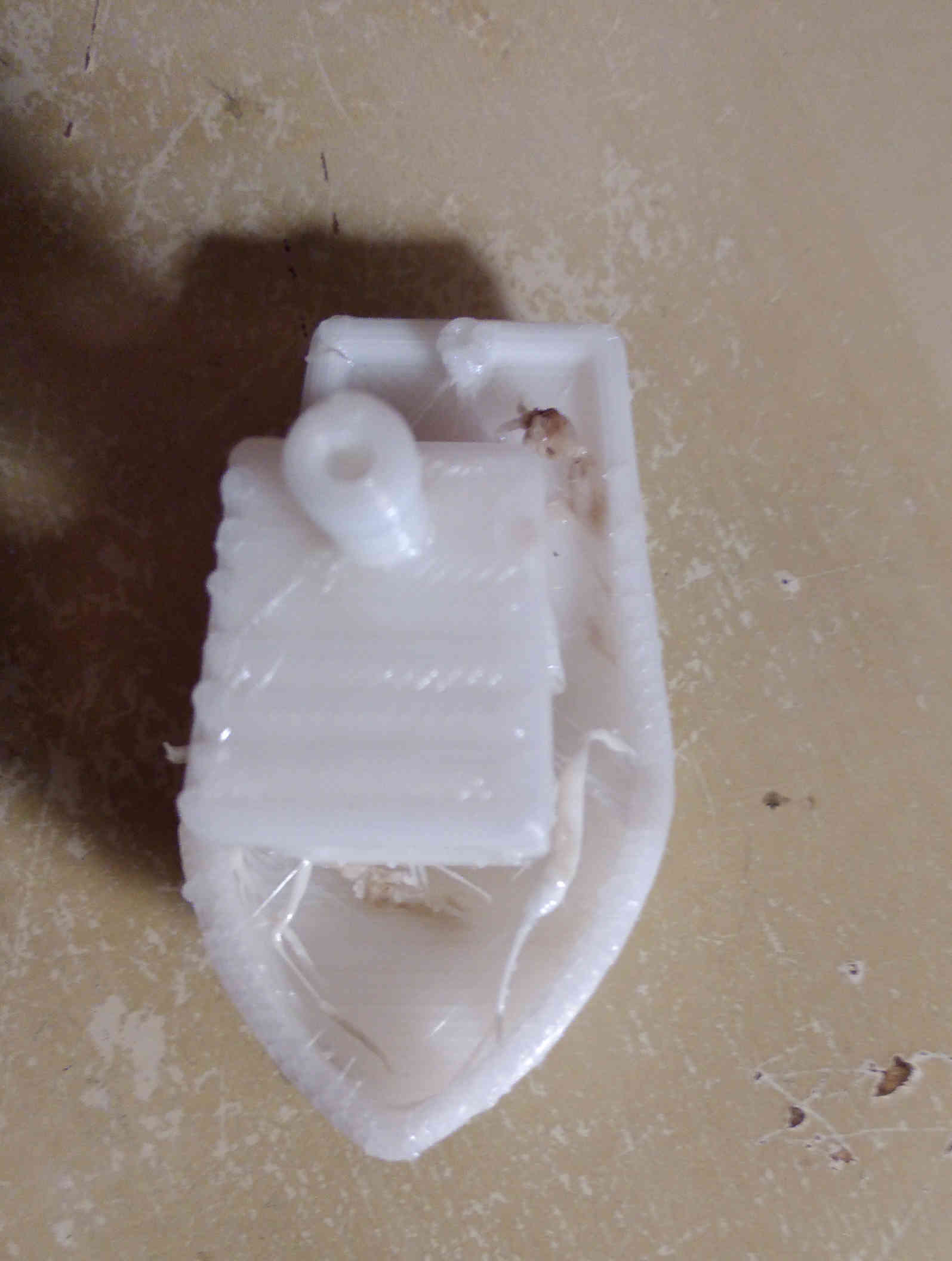 Weirdly, it was like the PLA got burned here and there, which was not the case at hotter temperature... But at least, the edges are sharper, and the writings are easier to read! I will try to lower a bit more the temperature, but I would need to fight a bit with my extruder motor, which seems to have hard time pushing the PLA when the temperature is too low.

I tested at an even lower temperature: 190 °C. The result is not pretty, the layer were not sticking to each other. And even at 195 °C, some layer don't attach. 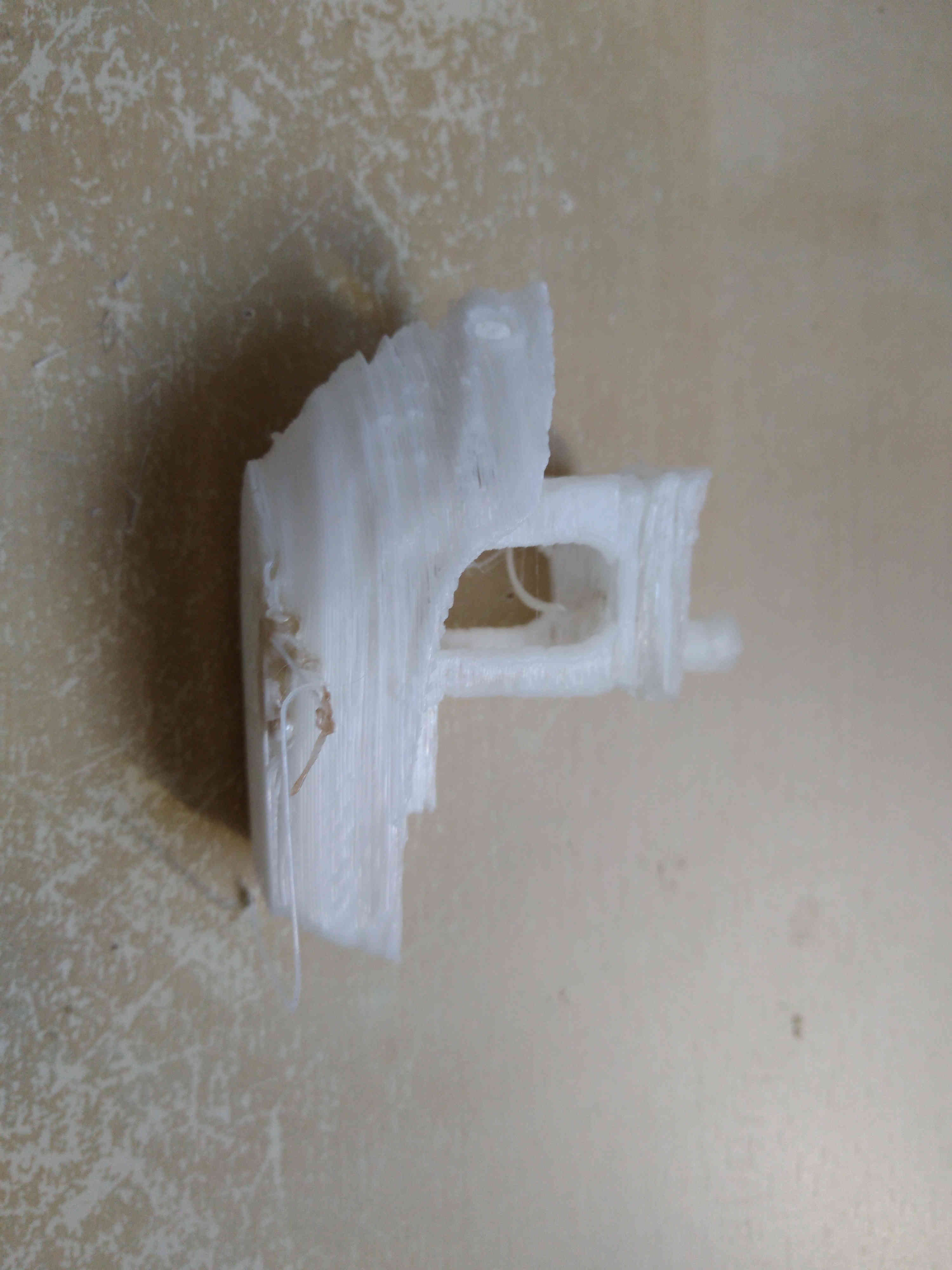 I tried again at 200 °C, but with lower peripheral printing speed. It did help! I can feel the progress. 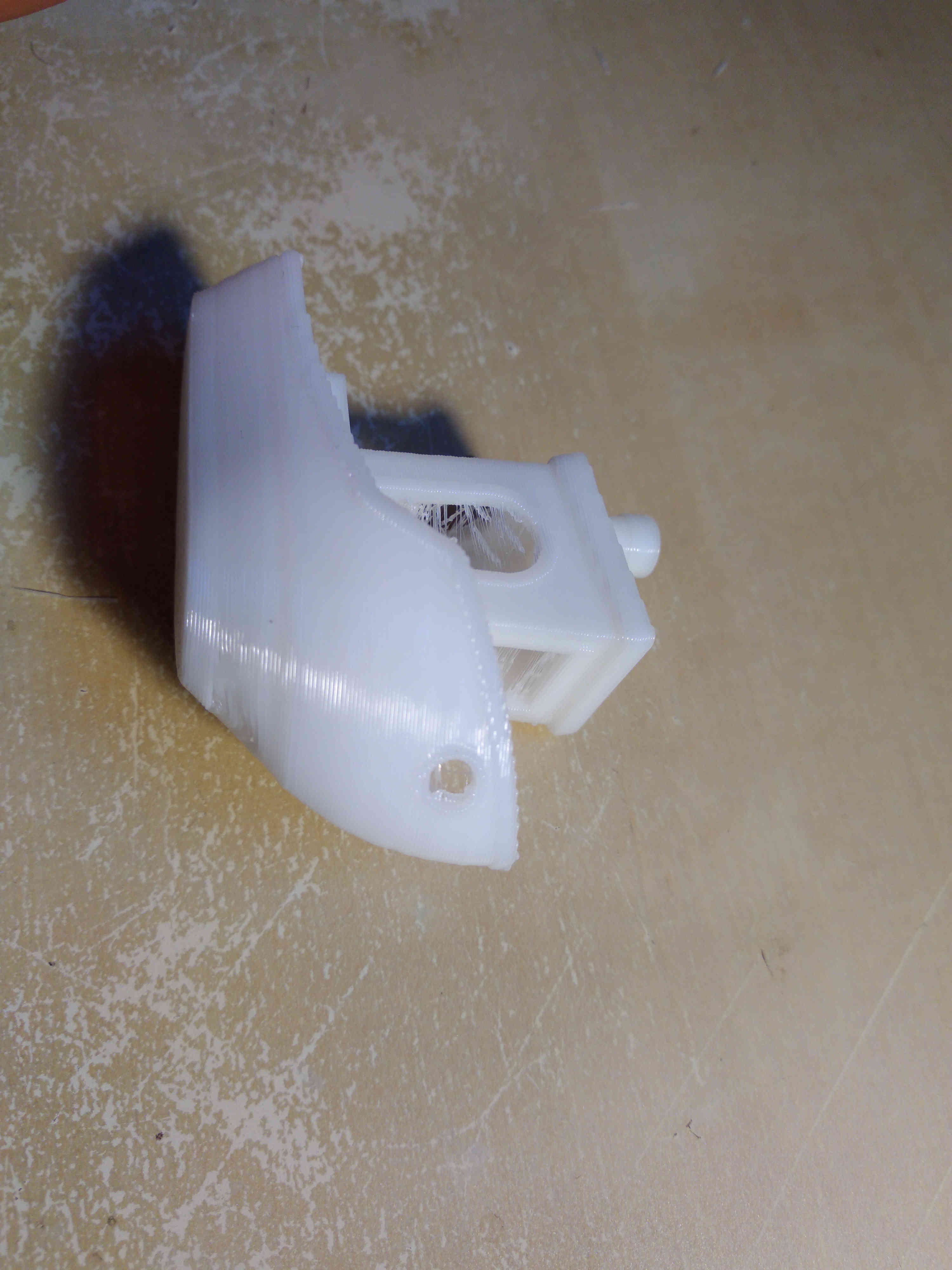 However, I still have a small dent. And on the following picture, we can clearly see that there are sometimes molten half-burned PLA dripping. And there are still strings remaining between the places. 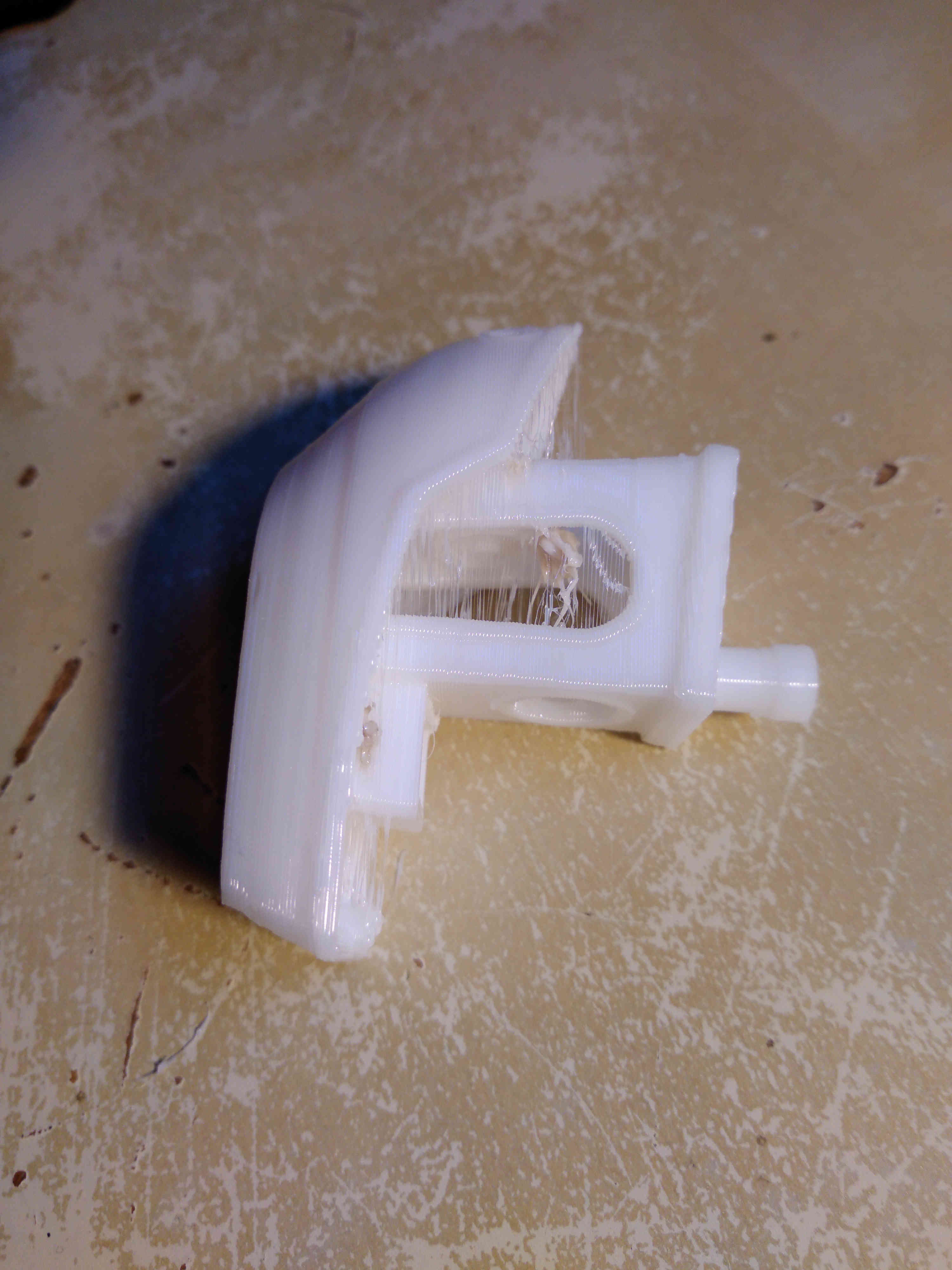 The nozzle was cleaned just before this print.

I print PLA at a maximum temperature of 200 °C (for my thermistor reading).

A combination or a single of these parameters not being the correct value will cause the dent at the front and the stringing and letters to be faded as the filament is not cooled properly and deforms the previous and current layer, this easily shows up in overhangs like at the bow of your print.

Try to lower the hotend temperature by 5 °C per next calibration print (or start at 200 °C and work down from there) and increase the part cooling a little if possible (35 % to 50 %). The build plate generally does not need to be 5 °C higher for the first layer nor do you need an extra 5 °C for the hotend, PLA is not that difficult to print.

Not the answer you're looking for? Browse other questions tagged print-quality calibration or ask your own question.

1
3DBenchy's bow prints out of alignment
5
How do I calibrate the temperature of my hotend?