PLA Jamming- is the heat break too hot or too cold?

Iâ€™m getting nothing but jams with a new BCN3D Sigma R19 printer, printing PLA at 195Â Â°C, two brands (BCNâ€™s own brand and Monoprice orange). 6.5Â mm retraction, as used in BCNâ€™s PLA profile. Using their fork of Cura. Full enclosure, but it gets maybe to 32Â Â°C inside, just warm. It prints fine for a few layers, then it jams, usually partially-I caught it in the act and the extruder (the Bondtech dual gear Bowden extruder they switched to on this model) would make knocking sounds as it skipped steps, and the plastic under extrudes in spider webs. It would valiantly try to keep going, and just chew up the filament a little, then extrude, then skip, etc.

After thinking the problem was the extruder, taking it apart, cleaning, trying a few different tensions on the hobbed gears, my attention shifted to the hotend. I did some cold pulls with nylon, and each time the nylon would come out with this frayed ring of plastic about 15Â mm above the cone from the nozzle tip. Itâ€™s like it was a separate piece of plastic from the filament, but it seems like it constricts the path. This ring is about the depth where the heat break screws into the heat block. I supposed it could have started higher in the cool end and gotten pushed down? I suspect the grooves pressed into the filament by the Bondtech might be prone to hang up on this plastic gunk ring.

Their hotend design is all metal, similar to the V6 (and apparently manufactured custom for them by E3D). Different, taller nozzle. It has a 30Â mm fan blowing on the fins. There is no shroud on the fan, like the blue thing on the V6. The heat block is halfway up into the enclosed part with the cool end and fan. The fan blows on the heat break and the block.

One of my cold pulls shows a little bulge, right about where I think the brass nozzle butts into the heat break steel piece. Iâ€™m wondering if there is a gap there that plastic melts into? They do an inconvenient thing where they sell the hotend as a whole piece for $125, and apparently you canâ€™t unscrew the nozzle like a V6, people report the threads get ripped out of the heat block. All to say, it isnâ€™t advised to completely disassemble the hotend.

I thought the little fan might not be moving enough air across the cooling fins, so I tried to replace it with a new fan that moves more CFM, but it just screeches, it seems the fan isnâ€™t really driven by 12Â V, but maybe a PWM thing at 24Â V. It was fine on 12Â V DC when I bench tested it.

I disassembled the cold end from the heat break, and verified it had thermal paste on the threads.

My question is if anyone has experience with the gunk ring? Is my heat break getting cooled down into the heat block, or is heat creep getting up into the cool end? Or is the little gap or chamfer where the heat break meets the nozzle causing clogs? I can work on more cooling (faster fan), or design a shroud for the existing fan so it doesnâ€™t cool the heat break+heater block), to just not sure which. 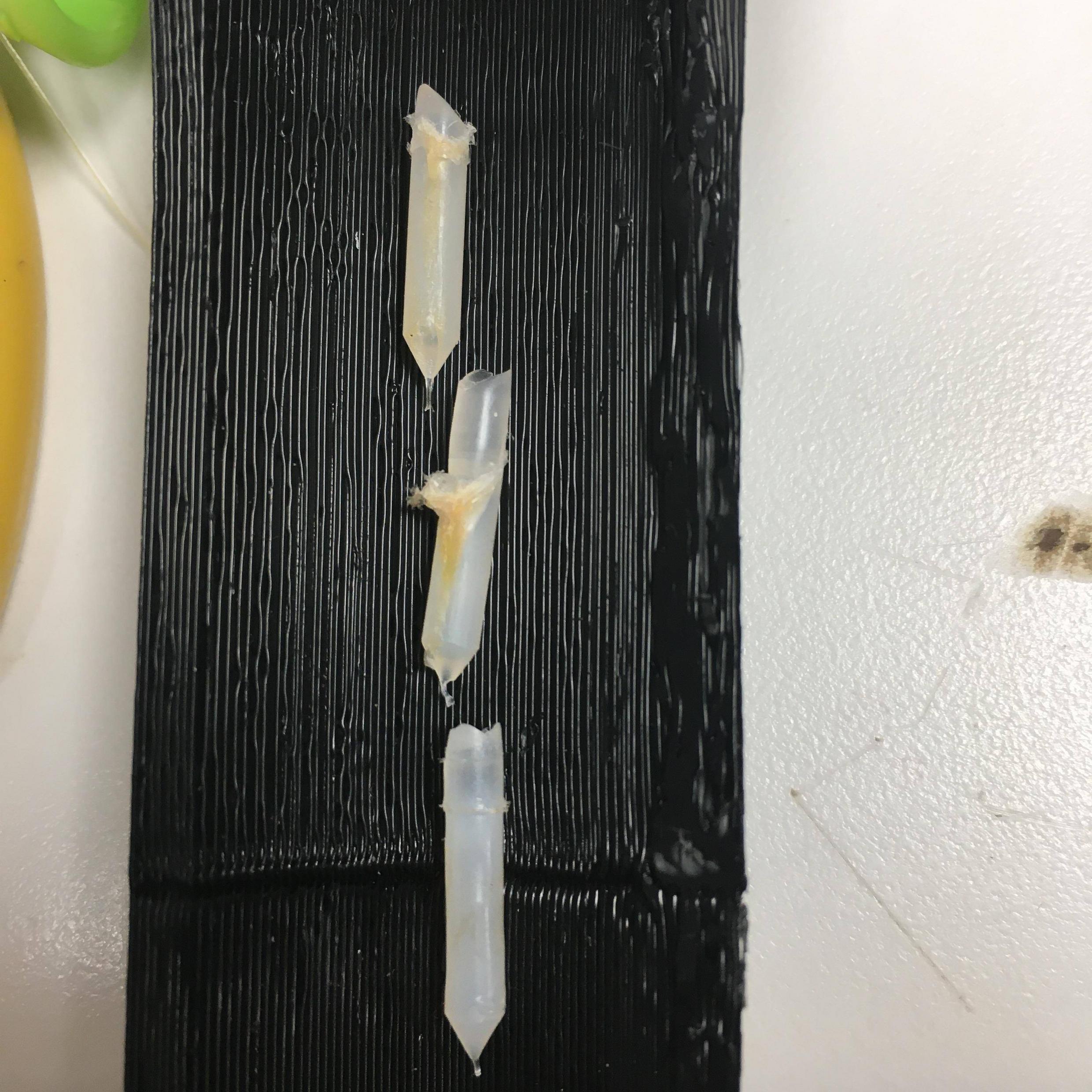 EDIT: The filament partially jams (the extruder skips steps an knocks) even without printing, while just loading and purging over empty space, no retractions.

My first thought is heat creep. I've never seen a heatsink on the hot-end that couldn't use more air and a lower temperature. IF not heat creep, then perahps under-temperature.

But, since you've worked on this issue without success, and the extruder skipping happens even wit a steady flow and no backpressure against the bed or part, perhaps we should look elsewhere.

First thing to check would be the friction of the filament through the Bowden tube, and the attachment points. First, I would back off the extruder pressure, remove the nozzle, and see if you can easily and without jerks or hangups slide fresh filament past the extruder gears all the way through the hot end and out where the nozzle would be. You'll be doing this cold with the printer off. That should feel slick and easy. If you need to push with any significant force, find where the friction is happening and fix it.

If it flow smoothly, try checking the extruder motor, the extruder gear, and if it is a dual gear system, check both of them. Try running the extruder (you'll need to hear the hot end) with no filament. Does everything turn easily? Try inserting filament in the extruder, pulling back on the filament, and extruding forward. Is the motion smooth? If not, check the gearing to see if a piece of filament or anything else if interfering with the motion.

If you can check the motor current, see if it is running to spec on both coils, in all directions. You could have a problem with one half of one H-bridge.

If you have two extruders, does the problem happen with both, or only one?

I would still mostly suspect that heat creep, or under-temperature. 195 Â°C may be a little cool. My Prusa prints PLA at 215 Â°C. I have had heat creep problems with the Prusa, which I addressed by directing more air through the heat sink fins -- too much was passing around the sides of the heat sink without actually cooling it. 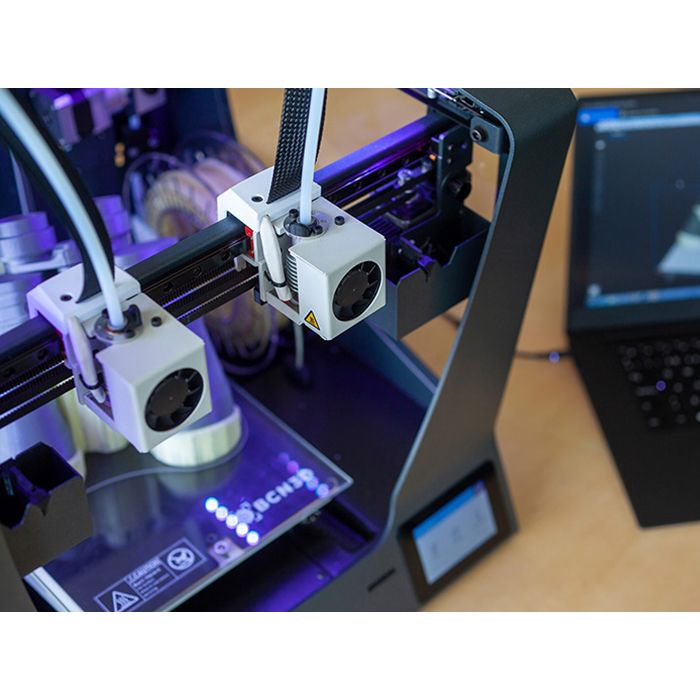 They look like Bowden tube extruders. Your images are consistent with heat creek for Bowden tub extruders. Can you print with the enclosure open to see if the problem is at least less?

Here is a full discussion on heat creep.
What are ways to avoid heat creep?

Not the answer you're looking for? Browse other questions tagged hotend filament-jam .

3
What are ways to avoid heat creep?